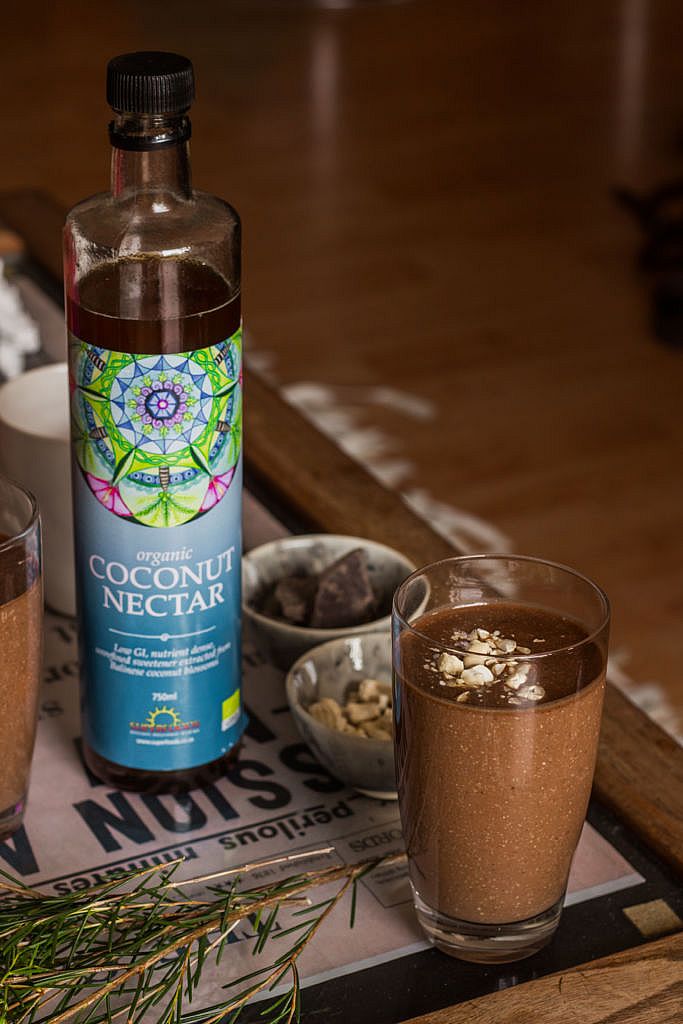 Coconut Blossom Nectar is being described as the “new agave” and is higher in nutrients, lower in fructose and is also lower on the glycemic index compared to agave.

Agave has taken the health food world by storm over the past few years and has been described as a healthy, natural, low glycemic sweetener that is helpful for those with blood sugar issues. However, recent research has shown that agave nectar may be nothing more than another highly processed sweetener with very little nutrient value when compared to the new natural sugar alternative to hit the market, Coconut Blossom Nectar.

With all the hype around Coconut Blossom Nectar and its benefits, we think this sweet syrup certainly deserves a spot in your cupboard when you’re wanting to replace sugar in your diet.

WHAT OPTIONS ARE THERE?

Honey contains antioxidants and has been known to boost immunity due to its antifungal and antibacterial properties. You will want to consume honey that is raw because although heating honey improves the colour and texture by removing unwanted crystallization, many of the antioxidants and beneficial bacteria are also removed in this process.  Source your raw honey from local farmers or health shops. Honey is also best consumed in small amounts as that’s when you can benefit from the medicinal properties.

Molasses is a sweet brown liquid with a thick, syrup consistency. It is made from boiling down sugar cane or sugar beet juice. Blackstrap molasses is higher in antioxidants than both honey and maple syrup but the taste can be slightly bitter and is best used in baked goods.

Maple syrup contains some important minerals such as zinc and manganese. Although it is lower on the GI scale than sugar, it can still raise blood sugar levels so small amounts in moderation are recommended.

Coconut sugar is extracted from the sap of the coconut palm and even though it is a natural sweetener it is still high in calories and is very similar to normal sugar.

Coconut Blossom Nectar is one of the least processed sweeteners on the market, is a good source of nutrients and is being termed the “new agave” due to its benefits which far surpass those of agave.

TOO MUCH OF A SWEET THING…

That being said, as with any form of sugar, a replacement sweetener should only be consumed in small amounts. Just because it’s a healthier option than white sugar doesn’t mean that we recommend throwing caution to the wind and eating it without consideration. Sugar is still sugar. Limit yourself to 1 or 2 teaspoons a day.

Up until recently, agave was considered one of the best natural sugar alternatives as it was said to be lower on the GI scale and sweeter than normal sugar, so less could be used. This meant less calories, but a sweeter the taste. It also had no known effect of raising blood sugar levels due to its high fructose content, so was believed to be good for all and not only diabetics.

Due to recent research, the high fructose content of agave is actually more detrimental to our health than originally thought. Agave contains more fructose than normal table sugar as well as Coconut Blossom Nectar, which only contains 10% fructose.

Sweeteners that are high in fructose are usually lower on the GI scale so agave is favoured by diabetics however, fructose can only be processed by the liver so when you consume more than your liver can metabolise it will instantly turn into fat. It also places a coniderable strain on the liver to digest.

“People think agave is healthier as it doesn’t raise blood sugar levels however research suggests a link between high fructose intake and insulin resistance which can cause obesity and heart complications.”

In its original, natural form extracts from the agave plant contain strong antioxidant and anti-inflammatory properties. However, none of these beneficial elements are present in the agave that we can buy in the stores. This is why most natural health experts agree that agave nectar isn’t all that it’s cracked up to be and Coconut Blossom Nectar may be better when it comes to a healthy, natural sugar replacement.

Coconut Blossom Nectar comes from the sap of the flowers from the coconut tree and contains 17 amino acids in trace amounts, as well as trace minerals such as magnesium, potassium, zinc and small amounts of vitamins B and C.

Due to its low heating process compared to other sugar alternatives, Coconut Blossom Nectar can retain its nutrients and vitamins thus making it a smarter and healthier choice for the health conscious individual.

With all the benefits of Coconut Blossom Nectar, it is easy to see why it is the sugar alternative of choice. However, one should still be mindful when it comes to consuming sugar as no matter how natural the sugar is it does affect your blood sugar levels, especially if eaten in excess. Blood sugar levels are affected by a combination of foods so it is the whole meal that matters.

When trying to balance your blood sugar levels we recommend using Coconut Blossom Nectar in moderation with your breakfast, smoothies, snacks and treats. We also suggest sourcing good quality Coconut Blossom Nectar so that you can benefit from the nutrients and vitamins available from this sweet syrupy goodness.

Other Sweeteners to Consider: Agave and Coconut Palm Sugar