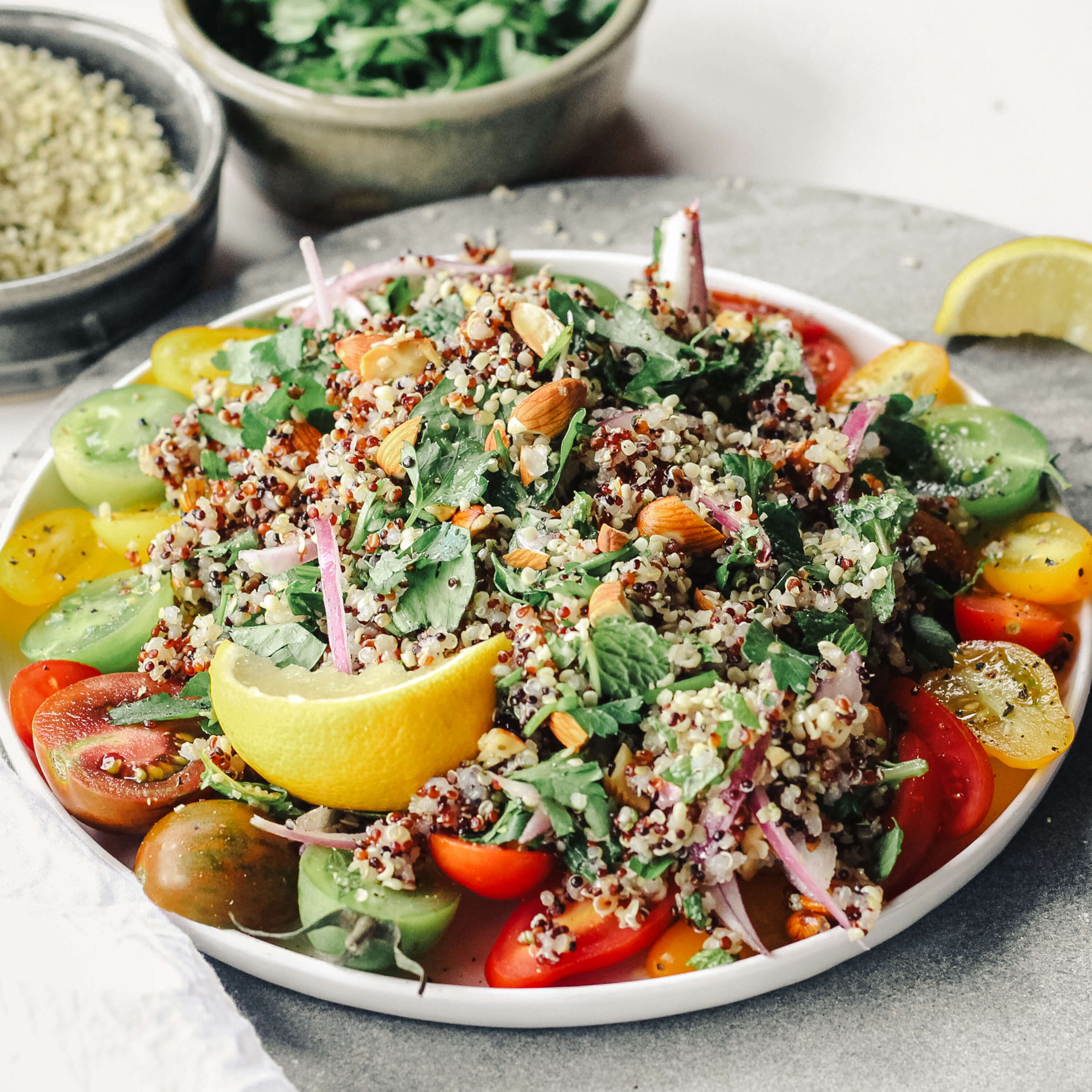 This scrumptious salad contains creamy hemp seeds, quinoa, and almonds making it packed with satisfying protein, which leaves you feeling fuller for longer. The mint and parsley are cooling and refreshing, the almonds rich, and the heirloom tomatoes incredibly eye catching. This salad is paired with a simple yet tasty dressing, and is perfect to whip up at the end of a long day.


add the quinoa and 1½ C of water to a small pot, and bring to a boil. Once boiling, cover with a pot lid, and simmer on the lowest heat for 15-20 minutes. When cooked, allow to stand for 5 minutes without removing the lid.


preheat the oven to 180℃,, and roast the almonds for 7 minutes while the quinoa is cooking. Set a timer so you don’t burn the nuts. After 7 minutes, remove from the oven, and cool the almonds on a side plate.


roughly chop the parsley and mint, and add to a mixing bowl.


thinly slice the red onion into half moons, and add to the mixing bowl, along with the quinoa, hemp seeds, tomatoes, and almonds.


whip up your salad dressing in a high speed blender, and dress the salad. Voilà! 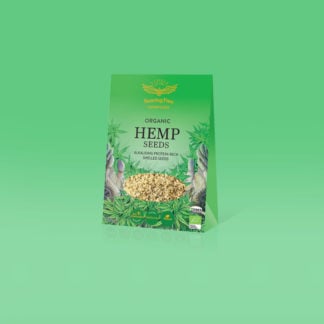 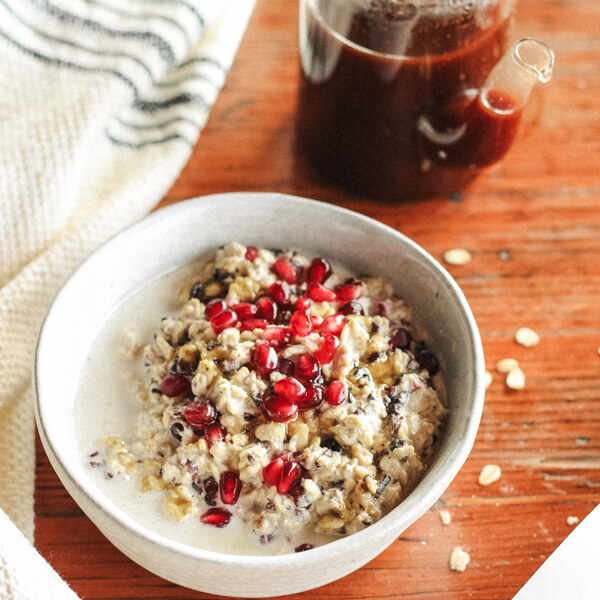 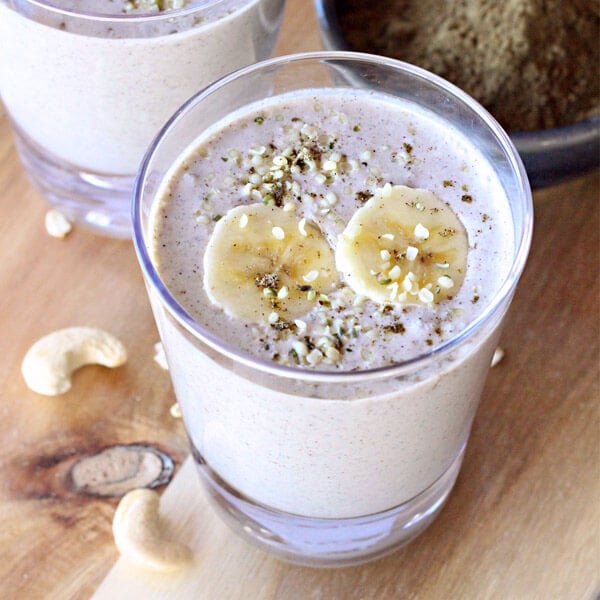 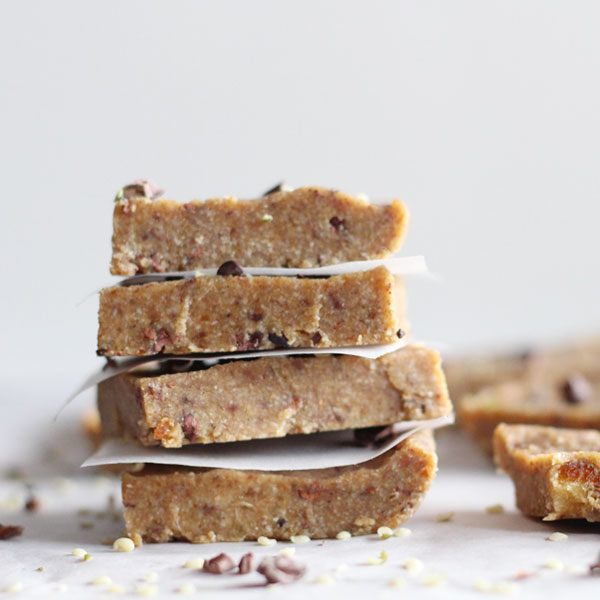